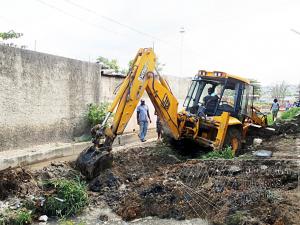 The government has earmarked 100 million dollars for the cleaning of drains and clearing of verges across the island. The activities form part of the first phase of national preparations for the 2021 North Atlantic Hurricane season.

The works under this 100 million dollar programme will be carried out by the National Works Agency (NWA) through its parish teams and is slated to commence shortly.

Manager, Communication and Customer at the NWA, Stephen Shaw says the programme of works is currently being finalized and will target critical drains located in flood-prone areas in various communities island-wide.

This is the first of three planned flood mitigation programmes of works that will be carried out by the Agency over the next six months in relation to the current hurricane season.

Mr. Shaw says that the programme augments some of the works undertaken over the last six months, during which roads and drains have been rehabilitated under the Secondary Roads Programme. Over three billion dollars was spent during the last fiscal year, which ended in March under the Secondary Roads Programme, which targeted main and community roads.