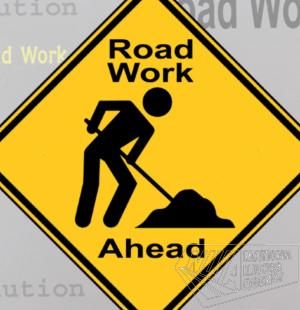 The National Works Agency (NWA) says the destructive practice of persons incinerating garbage in roadside drainage features such as catch basins is costing the Agency millions of dollars in repairs annually as well as delaying the completion of some major projects.

There are two such cases that the Agency currently has to treat with in Dover district along a section of the North Coast Highway and Georgia, along the Junction Road in St. Mary. In both incidences there is evidence to suggest that the existing plastic culverts were either deliberately or inadvertently burnt out as a result of fires.

Along the Junction Road, over 110 meters of newly-laid five-foot high density polyethylene (HDPE) pipes were damaged by a blaze, near Georgia. While the NWA is now seeking to replace some16 meters of storm water culvert in Dover. The pipes are critical components of the drainage systems in these areas.

NWA Communication and Customer Services Manager, Stephen Shaw, explains that compromised or missing culverts pose great risks to unsuspecting motorists as the affected roadway is in effect floating due to the absence of the requisite support material beneath it.

He says when culverts go missing beneath roadways this causes the fill material such as crushed stone and gravel to become saturated overtime eventually causing the roadway to fall or cave in.

Culverts fabricated from any type of plastic material will burn slowly without any indication and is usually only discovered when the road shows signs of failure. Out of great concern for public safety, the NWA is asking persons to desist from disposing and burning garbage in open drains.

Altogether, the culvert replacement works at both Georgia and Dover in St. Mary   is estimated to cost close to $54 million dollars. The works at Dover is expected to commence in a week and will necessitate traffic restrictions or road closure.