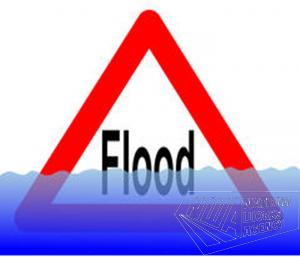 Access has been restricted to a number of roadways across the island as a result of torrential rainfall associated with Hurricane Delta overnight into this morning. The National Works Agency’s (NWA) parish teams have been working to clear blocked roads and re-establish access along roadways in St. Andrew, St. Thomas, St. Catherine and St. Elizabeth.

Communication and Customer Services Manager at the NWA, Stephen Shaw, says some roadways in rural St. Andrew to include that from Gordon Town to Papine and Guava Ridge to Cooperidge at Mavis Bank are currently blocked by fallen material.The Norman Manley Boulevard has been reduced to single lane in the vicinity of the Flour Mills factory due to flooding.

In St. Catherine, the roads from Back Pasture to Junction, Planters to Sandy Ground and Bartons to Ginger Ridge have been reduced to single lane due to landslides.

The NWA has managed to reinstate the detour roads at Coley and Cod Pen in the parish of St. Thomas. Access to the communities of Llandewey and Trinityville have been re-established.

The Agency is also advising that further deterioration has occurred along the road from Vauxhall to Arcadia, in St. Elizabeth. The embankment forming a section of the road in Jointwood has been further reduced, having been recently damaged.

The NWA continues to monitor other affected roadways in St. Thomas including Pleasant Hill to Hectors River, which is now open to single lane traffic; Bath to Hordley; Wheelersfield to Cedar Valley and a section of the Mahogany Vale to Hagely’s Gap corridor, all of which are still impassable.

The NWA has dispatched heavy equipment to a number of the affected areas while continuing its surveillance in an effort to stage additional response where needed.

The Agency cautions the motoring public as well as pedestrians against attempting to use flooded roadways or bridges that have been closed.