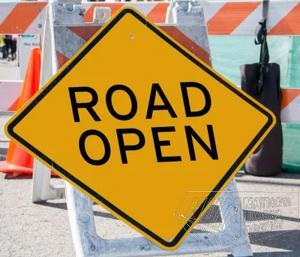 The National Works Agency (NWA) earlier today reopened the Sir John Golding Road, in St. Andrew to vehicular traffic. The roadway, which runs parallel to the UWI Mona Campus and links the community of August Town to Papine, became unsafe following extensive flood damage in 2017 and was subsequently closed for repairs.

The NWA’s initial plan, which was to reinstate the failed section of the roadway as an emergency project had to be re-scoped to adequately address the full extent of the infrastructural damage. Additional funding had to be identified to finance the new scope of works and the project had to be subsequently approved by Cabinet and then tendered. Progress on the project has also been affected by a number of adverse weather events over the period.

The comprehensive works done to reinstate the roadway include the construction of a gabion retaining wall, the re-engineering and replacement of existing drainage facilities, the installation of safety features such as guardrails and the reinstatement of the road surface. The project was completed at a cost of $84-million dollars.

During the road closure motorists had to use alternative routes to access August Town and surrounding communities. The roadway is however now open and safe to use by all motorists.